WordPress 5.9 just came out and said hello to the world, but the lead developers don’t seem to have had much time to catch their breath. Matas Ventura posted the first outline of the 6.0 roadmap. It talks about the kinds of things that are planned to come out this year.

Arturo O’Farrill, a Grammy Award-winning jazz musician, was the creative mind behind the name “Arturo” and WordPress 6.0. Over the course of the past five decades, Arturo has published more than 15 Albums, and he is widely recognized as having a significant impact on contemporary Latin jazz.

Explore WordPress 6.0, which was developed to assist you in realizing your creative potential and making the process of website development feel more natural.

WordPress 6.0 is the end of Phase 2 of the Gutenberg project, which includes the tools for building visual websites. They are very important to the future of WordPress development, but developers are likely to shift their attention to Phase 3 for WordPress 6.1 and beyond.

In addition, version 6.0 of WordPress provides an incredible number of updates, new features, and bug fixes. These improvements include more than 400 editor updates and 500 editor bug fixes. More than 189 tickets have been resolved, and this includes the addition of 91 new features and improvements.

Indeed, there is a great deal to talk about. Without further delay, let’s have a look at what’s new in version 6.0 of WordPress.

We’ve tested WordPress 6.0 and compared it to the previous release. Let’s have a look at some of its new features and upgrades that enhance the whole site editing experience.

The addition of the site editor in the last major update was a great step in improving the ability to customize posts and pages. With new features added to the WordPress 6.0 editor and some of the restrictions removed, it became even better.  Here are some enhancements for WordPress 6.0.

It is impossible to choose text from across a number of different blocks in WordPress 5.9. The block editor will frequently select all of the text contained within the block.

WordPress 6.0 will make it easier to simply select only the text you want to select.

With this new feature, the block’s look remained the same even after it has been changed into another block. This includes the block’s original color and font.

In earlier versions of WordPress, the number of template types that users could choose from was restricted. Now, WordPress 6.0 adds a number of new template types, such as Author, Category, Date, Tag, and Taxonomy.

Because of this change, it should be easier to change things on your site. To give it a test run, all you have to do is choose a new template from the drop-down menu, add the necessary building pieces, save your changes, and then check out the final product on the live site. Honestly, it really is that easy.

The browse mode and site navigation structure for the site editor arrived in WordPress 6.0.

In addition to these big changes, the new version of WordPress also changed the appearance of the site editor. These improvements include selectable blocks on the list view, the addition of a code editor and preferences for the main site editor, and improved placeholders for a variety of different blocks.

Significant improvements to WordPress blocks will be made in WordPress 6.0, and a variety of new blocks will also be made available. Here is a list of some of the most important changes that could be coming in the next release:

The following blocks are available for use in themes and templates in WordPress 6.0

You are now able to put comments within a block that contains a query loop. It incorporates sub-blocks such as the comment author’s name and avatar, in addition to the comment content and edits link. You are free to change them each time to emphasize what you are saying.

You are no longer able to merely add the text for ‘Read more’ into the Excerpt block like you were able to do in WordPress 5.9. This is no longer the case.

In addition, a separate block is included in WordPress 6.0. You have the ability to change the text, background, and border of the link, which will allow it to stand out more.

3. No results in the Query Loop

When adding one of such blocks, it is now possible to insert a No Results block inside of a Query Loop block. On the other hand, the block will only be shown if the selected query does not yield any results.

In addition to the Post Author and Avatar blocks, a new post author biography block is also provided.

The avatar block enables the display of a user’s avatar (profile photo). You can choose whether to display the avatar of a specific user or the current post/author.

Before WordPress 6.0, previews of block styles were in the block sidebar, which took up a lot of space in the Styles panel.

With version 6.0, only the names of the different styles are shown in the Styles panel. However, when the style name is hovered over or is the focus, the style previews appear outside of the sidebar.
This modification minimizes the size of sidebars and should make style names more apparent.

The More Settings drop-down menu has a new Lock option that opens a window where you can stop users from moving or removing blocks (or both).

This is especially useful for editing templates and blocks that can be reused, where you can also restrict editing.

Featured photos will no longer be restricted to featured image blocks in post content. They can be incorporated into media and text blocks, as well as cover blocks. This upgrade will expand the design choices overall.

Six new block transformation options, including paragraph to code, group to row, and tag cloud to categories, are included in WordPress 6.0.

It will be allowed to nest blocks and include paragraphs, lists, and code fragments within the quote.

The following is a list of a few additional significant improvements that have been made to the block editor in WordPress 6.0.

You now have the ability to put a border all the way around the columns block.

You can modify the amount of space that exists between each individual image within a gallery block.

You may now add links much more quickly by simply adding the title of the post or page, followed by two square brackets.

Users will have the option of selecting several similar blocks in the list view by using the SHIFT+CLICK or SHIFT+UP+DOWN keys respectively. After that, they are able to move them up or down, as well as conduct other actions.

Block patterns play a significant role in the process of building websites using WordPress 6.0. On its own website, WordPress has already introduced a pattern directory and a pattern creator for users to utilize.

The most important change that is currently being planned is the replacement of the quick block inserter. If you click on the plus sign in the editor’s content-box, the inserter will give you pattern options instead of block options.

Utilizing layout transformation patterns is yet another viable alternative. At the moment, patterns are only used for the purpose of producing new material. In this suggestion, the argument is made that patterns ought to be able to change the arrangement of existing information without the data being lost.

WordPress 6.0 tries to make the user experience better by adding more ways to customize, adding more API support to the design tools, and adding more ways to personalize. In addition, there are some further minor improvements, such as a better interface for the color palette and border management.

The following is a list of some of the most significant improvements that have been made to the design tools in WordPress 6.0:

In WordPress version 6.0, the block toolbar and the design tool panel will each get a number of new ways to change blocks. Users are able to transform several blocks into container blocks, such as groups, rows, and stacks, with the use of this functionality.

The tool for making post-date blocks will give you the option to use a custom date format for the blocks you make.

In the block design tool, the gallery block will have a gap configuration. This will allow users to modify image gallery layouts better.

Webfonts API integration was taken out of WordPress 5.9, but it is added back in WordPress 6.0. It is now possible for users and theme developers to add web font settings to the global styles interface. Since WordPress 6.0, a new Webfont can only be registered via the theme.json.

Utilizing the theme.json file is pretty simple. To satisfy this need, simply adding a new font family to the typography section will do. The code presented below is an example of Webfont registration:

Trying it out is easy. All you need to do is download the Inter Webfont from Google Fonts to the./assets/fonts folder, and then add the above code to the settings. typography section of Twenty Twenty-Two theme.json. Save the file and return to the site’s editing area when you’re finished.

The resulting image can be seen in the editor in the following picture.

The Webfont API only registers fonts required to render blocks on the current page, which is especially handy for web fonts defined in style variants. Additionally, the API reduces the number of HTTP queries by registering and enqueuing font families.

The block types of group, row, and stack, each have their own set of typography options.

Each new WordPress release enhances the platform’s usefulness by making it more user-friendly. WordPress 6.0 will have a multitude of enhancements that will enhance the accessibility experience for users.

Listed below are some of the most significant accessibility enhancements.

There are many more under the hood updates in this new version of WordPress. Comment down which is your favourite update of all.

Also, now creating a website will be more fun because Gutenberg just “Gotten better” and still you have any problem with the development of a WordPress website or you want to take maximum advantage of the benefit you will get out of the update then hire a WordPress developer from a renowned Web development company. 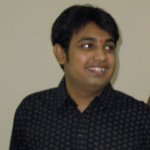 Jigar Shah is the owner of WPWeb - A leading WordPress Development company and a Plugin selling company featured as an Envato Elite Author on CodeCanyon. He has been developing and managing WordPress plugins and themes for 10+ years. He is Enthusiastic about producing quality content on challenging subjects.

How to Create WordPress Chatbots and What are Their Benefits

Customers land on your website looking for an answer to their questions; however, they may not always be patient or resourceful enough to actually find...

What is Headless WordPress? & Why is it Beneficial to Your Business?

WordPress is an outstanding CMS (content management system). It incorporates easily navigable website components and can be customized to execute virtually any task via the...

Thank you for subscribing.